Skip to content
Previous Next
August 2022: Developers breathe a sigh of relief as a future solution to nutrient neutrality issues is announced by government

The issue of nutrient neutrality has been holding up development across the country for many years. Earlier in 2022 this issue increased in prominence as Natural England expanded the restriction to a total of 74 affected local authorities. At present an absence of practical solutions to address nutrient neutrality is preventing the grant of planning across the majority of these areas.

The issue is one of excessive nutrient outflows into European Designations (Special Areas of Conservation and Special Protection Areas) referred to as Habitats Sites. Under European case law (Dutch Nitrogen Cases C-293/17 and C-294/17) Natural England advise that in order to comply with the Conservation of Habitats and Species Regulations 2017 (‘Habitats Regulations’), further outflows into these affected Habitats Sites should be avoided. Accordingly, where development sites come forward, and add foul discharges to the network, these could contribute to this issue as residual post treatment flows from Waste Water Treatment Works (WWTWs) continue to contain nutrients. In some parts of the country the concern relates to nitrogen levels whereas elsewhere the issue relates to phosphates, the latter being more challenging to address. Natural England has issued guidance on how the issue of nutrient neutrality is to be quantified (through the use of catchment specific nutrient calculators) and mitigation options available, but the latter remain very challenging to deliver in many locations. Accordingly, often planning permissions remain effectively on hold until practical solutions are available.

In a recent ruling (Wyatt v Fareham BC), the Court of Appeal has ratified the use of the measures within Natural England’s guidance and dismissed the case of local residents that Natural England’s methodology did not comply with the Habitats Regulations and did not sufficiently protect internationally-important wildlife sites. A summary of the case can be found here.

To unlock planning applications currently on hold, government has issued a recent direction to Natural England to bring forward strategic mitigation schemes (such as in the form of strategic wetland construction or land use change e.g. from arable to forestry) in the affected catchments. This will enable developers to purchase credits from Natural England (or other providers) to offset additional nutrient outputs. In practical terms Natural England will administer the scheme which will provide an accelerator unit to fund environmental groups and other private bodies that are already delivering nutrient mitigation schemes to expand their existing programmes. The scheme is reportedly due to open in the autumn, with priority appearing to be assigned to smaller house builders who have been disproportionately affected.

To reduce the burden to developers, and the task of Natural England, government will support the strategic mitigation solutions by the introduction of a new legal duty on water companies in England to upgrade wastewater treatment works by 2030 in ‘nutrient neutrality’ areas to the highest achievable technological levels. This will reduce the nutrient outflow levels and therefore the level of offsetting required by strategic solutions. Under Natural England’s current Nutrient Neutrality methodology the permit limit is used, or where there is no permit limit on nutrient discharges from WWTW, a standard precautionary figure is used (8mg/l for phosphates (P) and 27mg/l for nitrates (N)). The statutory obligation from 2030 will require WWTWs to operate at the technically achievable limit; for phosphates this is 0.25mg/l and nitrates 10mg/l. This action will ameliorate nutrient pollution and significantly reduce the mitigation burden for developments.

A summary of the above measures can be found in the government press release here while the practical effects for local authorities can be found in correspondence from the Department for Levelling Up, Housing and Communities here. 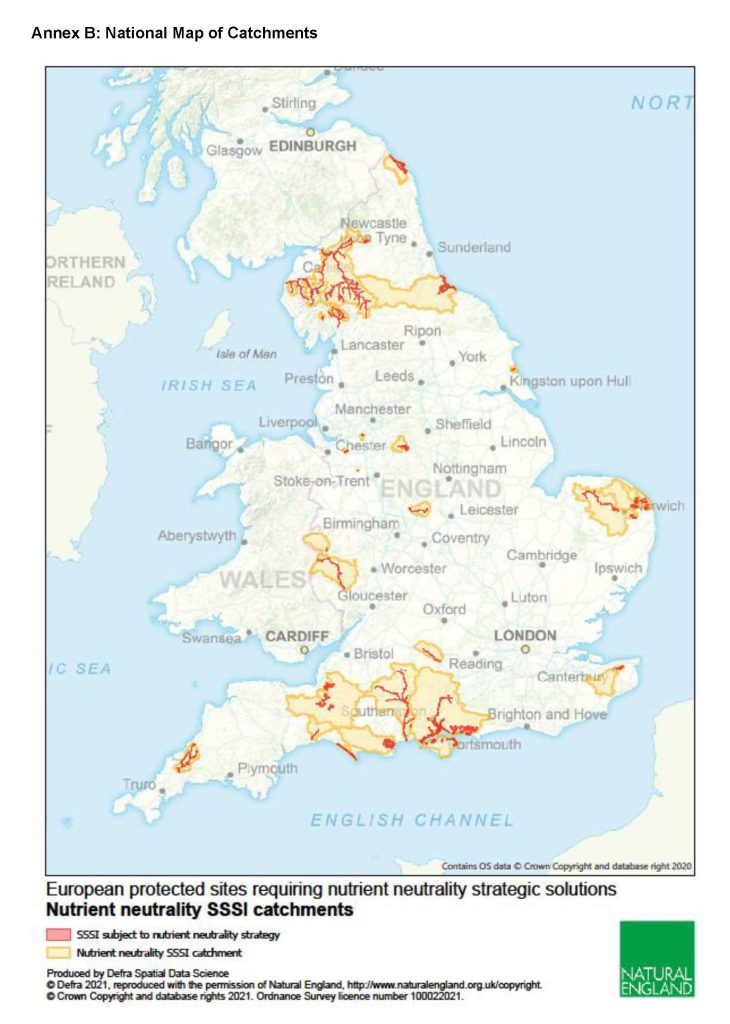 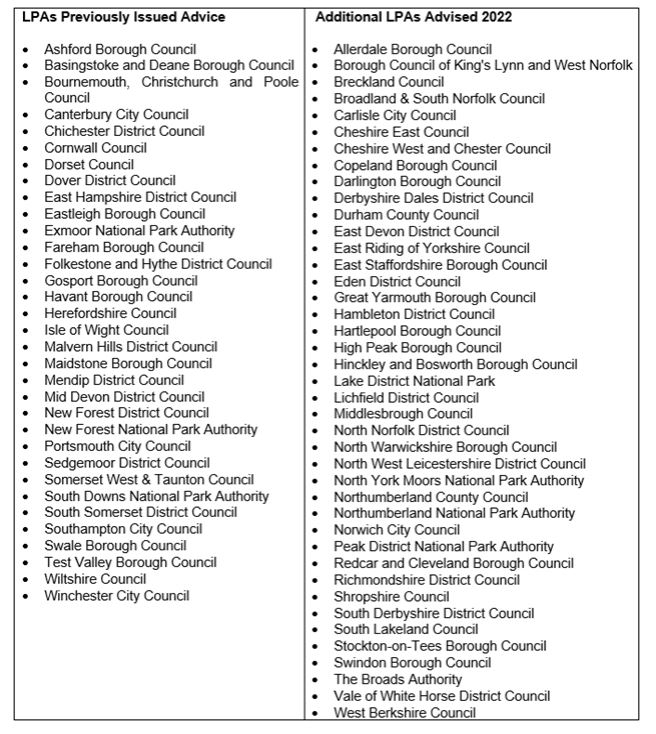