Skip to content
Previous Next
March 2022: Inspector rules that proposals for a new motorway service area represent ‘exceptional reasons’ under NPPF paragraph 180c and as such allow compensation measures to be applied to offset effects on ancient woodland

Aspect Ecology has been advising on proposals for a new motorway service area (MSA) on the M42. The scheme was recently heard at appeal with evidence presented by Aspect Ecology Senior Director Alistair Baxter. The scheme is associated with a new motorway junction being brought forward by National Highways, which is a nationally significant infrastructure project and has been subject to a Development Consent Order process (DCO). At the site of the junction is located an ancient woodland which has been subject to very minor losses from the consented DCO scheme. In addition, the DCO scheme creates potentially significant air quality deterioration effects on the woodland, which under that scheme are unmitigated. Aspect Ecology identified an opportunity to address these previously unmitigated effects as part of the MSA proposal which is located beyond the woodland. Whilst the MSA scheme is buffered from the woodland, some minor additional in-combination air quality effects on the woodland also arise under the scheme.

However, the ancient woodland is of a replanted nature and is in decline and as such adverse air quality effects can be readily offset by the instigation of positive conservation management of the woodland, which is currently lacking. The MSA scheme wider land holding includes the woodland and so the scheme is helpfully able to deliver this management. Under the 2018 Natural England and Forestry Commission Standing Advice on ancient woodland such woodland management measures were classified as mitigation.

Following the close of the MSA inquiry, Natural England and the Forestry Commission updated their Standing Advice on ancient woodland and re-classified beneficial woodland management from a ‘mitigation’ measure to a ‘compensation’ measure (see Aspect Ecology news article January 2022 available here). Ancient woodland is considered to represent an ‘irreplaceable’ habitat type under the NPPF with policy protection afforded under its paragraph 180c, while associated Standing Advice sets out that compensation cannot be taken into account in considering the merits of a scheme. In this regard, the MSA appeal Inspector accordingly applied the test at NPPF paragraph 180c, which is of a particularly high bar, and requires that ‘exceptional reasons’ are present where the public benefit would clearly outweigh the deterioration of the woodland habitat (in this case from air quality effects).

In an important milestone decision, which is the first we are aware of since the updated Standing Advice was issued, the Inspector ruled that the scheme represented ‘exceptional reasons’ and hence the test at NPPF 180c was passed and accordingly compensation measures could be applied to offset effects on the woodland.

This is a great outcome for conservation, as under a do-nothing scenario where permission was not granted, the woodland would have continued to decline and air quality effects arising from the DCO scheme would have remained unaddressed. 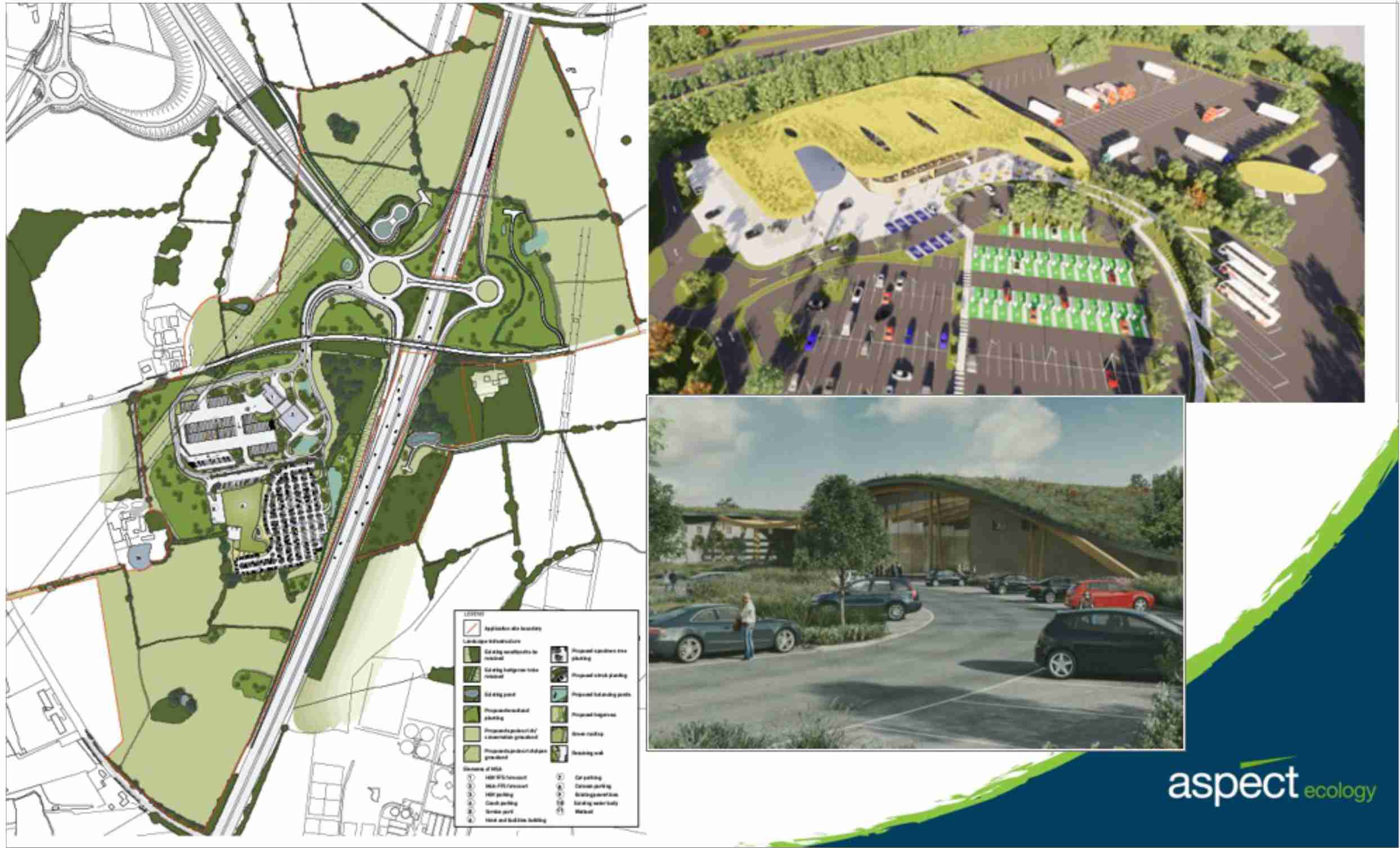