Skip to content
Previous Next
February 2021: Habitat translocation can be a useful mitigation tool – a case study of a successful relocation of species rich grassland

Important ecological habitats may be present on development sites that occasionally cannot be retained in-situ. In these situations, habitat translocation can be a useful tool to employ. Although there are risks associated with the relocation of habitats, when the process is executed with care to a well-considered method statement, the results can be excellent.

Aspect Ecology has been advising Berkeley Homes on their site at Hartland Village, Hampshire for 1,500 units. As part of this development, areas of the priority habitats ‘Lowland Dry Acid Grassland’ and ‘Lowland Heathland Meadows’ were identified, albeit in a sub-optimal condition. Retention in-situ was not possible and accordingly Aspect Ecology advised that translocation to a permanent receptor area within the north of the site was desirable. In particular, Aspect identified the opportunity to consolidate previously fragmented areas of acid grassland and lowland heath within the site and place these together in one location which is also within close proximity to areas of similar offsite habitat. Executed correctly, this approach had the potential to not only preserve the existing ecological interest, but through the application of favourable conservation management, to restore the grassland to an optimal condition.

The proposed approach was agreed by both the developer and local authority, and the translocation exercise was subsequently undertaken by a specialist contractor in 2018 with some areas translocated as turfs, and others as soils. Two years have now passed since this time and in order to assess the success of the translocation, Aspect Ecology carried out formal monitoring work of the grassland in 2020.

This monitoring work recorded that the original grassland species present pre-translocation continued to thrive within the translocated grassland in 2020 with some 32 species recorded. These included characteristic species such as Sheep’s Fescue Festuca avina, Sheep’s Sorrel Rumex acetosella and Heather Calluna vulgaris, along with other species indicative of species rich grassland such as Lady’s Bedstraw Galium verum and Tormentil Potentilla erecta. The structure of the grassland was noted to vary reflecting the areas of grassland translocated as turfs and as soils, with some areas recorded to remain more open and still under the establishment phase, whilst others were recorded to hold a good grassland structure. Aspect Ecology has provided further management advice and with ongoing management, it is anticipated that in 18-24 months all of the grassland areas will be fully established.

The monitoring has shown the grassland translocation to have been successful, thereby conserving its biodiversity interest, while the application of conservation management will ensure this interest is enhanced still further and maintained for the long term. 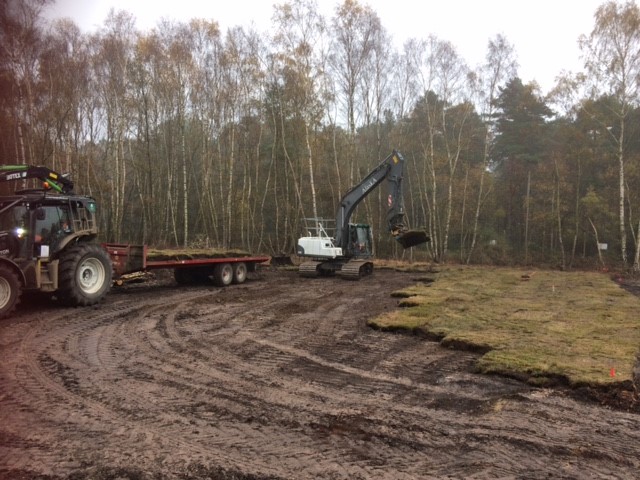 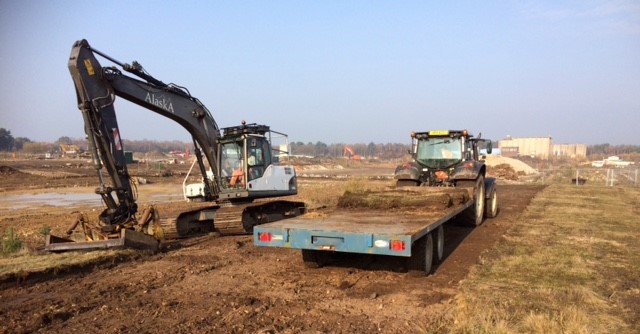 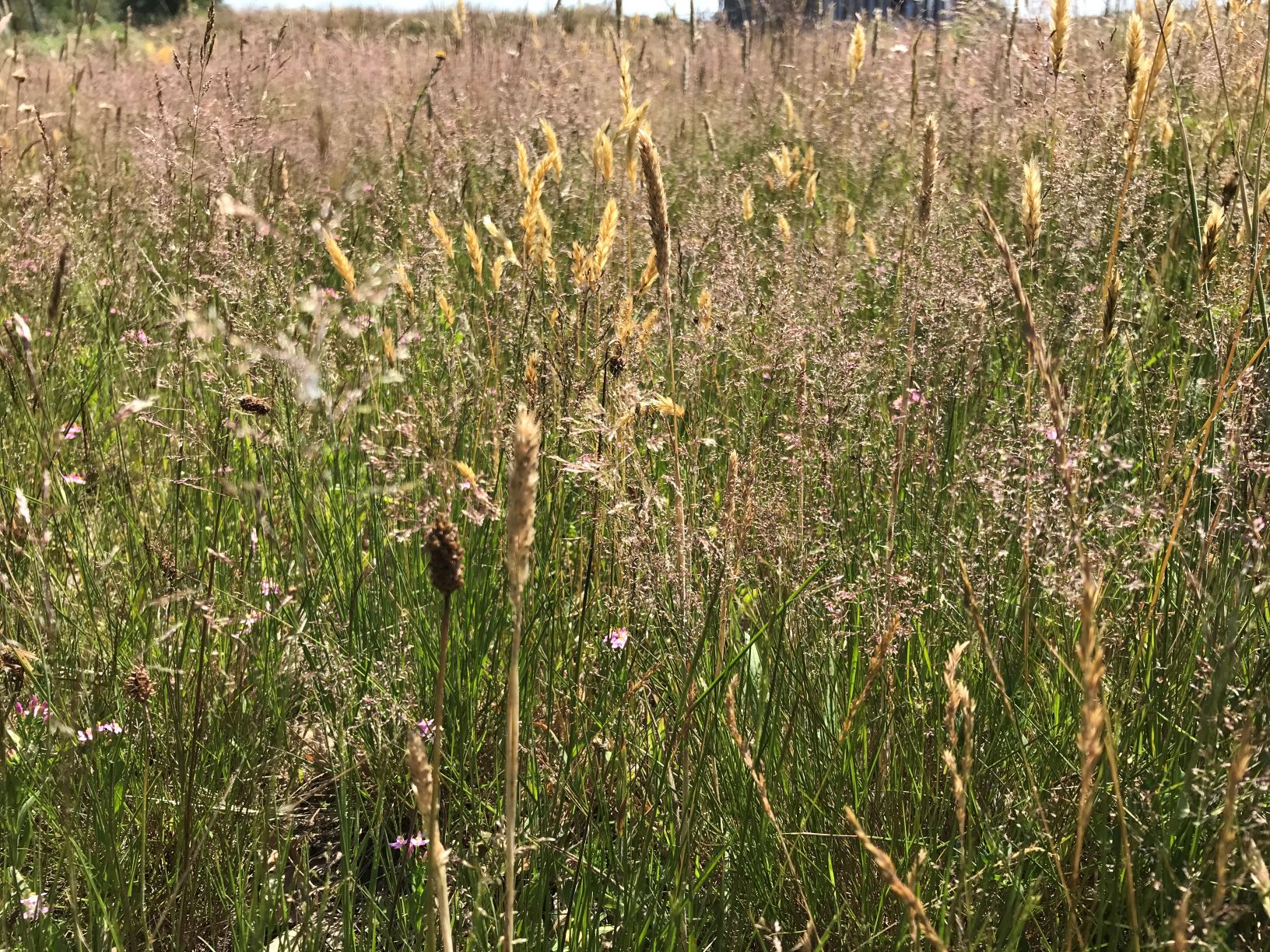